Giles Benbow, our Head of Fleet Transition has been driving EVs for over 10 years. In this interview, we ask him about his experience of EVs, the UK public charging infrastructure and his tips for drivers considering EVs.

How long have you been driving EVs?

Ten years ago, in the spring of 2012, I had my first test drive in an EV and purchased my first EV in the summer of that year. The vehicle was a Citroen C-Zero, a rebadged Mitsubishi iMiev – a car with a tiny 16kWH battery and a proportionately tiny range. Living in rural North Devon presented a few challenges; at the time, the Ecotricity Electric Highway had not made it down the M5 to connect me to the motorway network. This was not a significant issue as I used the car to replace my van. Fortunately, most of my work was within Devon (I was an electrical contractor installing renewable energy systems and EV chargers).

I relied on the generosity of my customers, allowing me to plug in while I was working (the extension lead was essential). I was a regular at the Plymouth and Exeter Nissan dealerships, which hosted the only 50kW DC chargers in the county.

Once the electric highway arrived at j27 M5 (Tiverton Services), there was no stopping me. I often used the car to travel to jobs across the south of the country.

The vehicle was capable of around 60 miles per charge, which immediately seemed tiny. However, with some adaptations and sacrifices, I made it work. I had the vehicle for three years and covered 33 000 miles in it.

What made you switch to an EV?

Firstly, this was a new business venture. I had recognised that the writing was on the wall for the solar industry (at the time) due to the feed-in tariff cuts. It was a real shame to see the industry decimated overnight. We will look back at this period in the future and regret this short-sighted action. Fortunately, solar is having a resurgence fuelled by the energy crisis. Let us hope that this time around it is here to stay.

The business idea was a way of me merging my trade with something I was interested in. I have been a “petrolhead” since my early teens. This was also a way to harness my newfound passion for environmental technologies. At an early stage of my involvement in photovoltaics (solar panels), I realised that generating power was only one part of the answer to decarbonisation. The greater impact would be to use all energy more efficiently – few devices do this better than an electric car. Compared to an ICE vehicle, the efficiency is around 80% greater. Also, the EV can utilise the actual energy generated by the solar panels locally. This made a lot of sense to me.

Secondly, the economics of running an EV made sense. The van I owned (no finance) would slurp £200 per month in diesel and tax & repairs. The van sold for £4,500; most of the cost of our solar panels. The car was leased for £150 per month. The solar panels produced more energy than the car consumed by 1,000kWH annually. I charged the vehicle overnight on E7 electricity at 6p per kWh, and we were paid 16p for producing electricity. I appreciate that the numbers here are very much of their era. Deals like the £150/month lease are a thing of the past.

All my pure electric cars have been at least cost neutral vs. an ICE, and it is entirely possible to be in a positive cash situation, dependent on your circumstances.

Finally, it was so much fun! The myth-busting, constant intrigue and adventures with that little car are moments I will cherish forever.

What EV do you currently drive?

I drive an early 2014 Tesla Model S P85 with over 100 000 miles on it. I bought the car mid-2019 (a dream come true). The car is supremely practical for our family. It takes us anywhere without range drama, and charging infrastructure makes it easy to rack up miles.

What is the furthest you drove in an EV?

Sadly, I cannot report on my 2000-mile epic yet, as that journey was postponed due to the pandemic. We have planned the route to drive from our home in Somerset to my wife’s family in the centre of Poland. This journey is easily achievable with several planned charging stops. We will hopefully make this journey soon.

However, in the six months pre-pandemic, I was driving for work and clocked up an average of 950 miles per week. I had contracts in Newcastle and other site surveys nationwide. I quickly racked up 25 000 miles in six months! This would not have been possible if the technology were not up to the task.

Who do you usually travel with?

Since the Pandemic and a role change, I find myself driving less. I used to travel alone primarily for work. However, the car is now more likely to have all four of us. Ruben, my six-year-old son, and Olivia, my three-year-old daughter, have only had EVs in their lives. They are part of a new generation. Both were taken home from the hospital via electricity – that is cool.

What is your experience of public charging in the UK?

Mixed, but I would not dwell too much on the negative. There just were not any at the right locations in the early days. Then reliability became a problem.

I had PHEV (Vauxhall Ampera) from 2015 to 2018. This vehicle I found challenging to charge in public as it was a vehicle that relied on AC charging and the charging infrastructure I felt was unreliable at the time.

Now I am back with a fully electric vehicle, the game has moved on. There are so many options available, and the number and quality are increasing rapidly. I often joke with a friend who bought his first EV around the same time as I did, “The kids today will never know what it was like”. It is so true. The prospect of EV ownership in 2022 is far less daunting than 10 years ago. Yes, there are still problems, but these will be resolved due to the investment into the technology.

Did you ever encounter any issues? And can you tell us what you did?

In the early days, yep! I did run out. Three times to be precise. The first time (2013), I arrived at a newly commissioned charger with 0% left, and the charger did not work. It was a motorway service station and late at night. I booked a room at the hotel on-site, and trickle charged it overnight. This was born out of the fact there were only three chargers in the whole region, and I was too late to use the charger in Exeter, hence needing to drive further than I would have otherwise. Poor planning is mostly the cause.

Other times, I called breakdown to recover me just as I would if I ran out of petrol in an ICE vehicle.

Now, it would be incomprehensible for me to run out. I have never even come close to doing so in the Tesla.

What do you like about driving in an EV?

It is tough to pick out a single thing, but I love the following:

Any tips for drivers thinking about buying an EV?

Regarding range, do not get too worried about what is stated. Use a rough guide of 70% of the stated range for a worst-case scenario.

Look at your commute or your most regular journey. If the vehicle can achieve the round trip + 20%, you can be confident that it will meet most of your needs without additional charging (assuming you have access to charging overnight/at work).

Do your homework and try them out. There are so many excellent options on the market. Go out there and see what you like.

Do your maths, crack out the spreadsheet, and compare the costs for your own situation.

Consider salary sacrifice, and where your company does not offer it, encourage management to look into it. It is a highly tax-efficient way to get an EV.

Finally, used EVs are a great option with widespread options across all price points. However, it is essential to do your homework, as you would when you buy any used car.

Get in touch for all your fleet needs 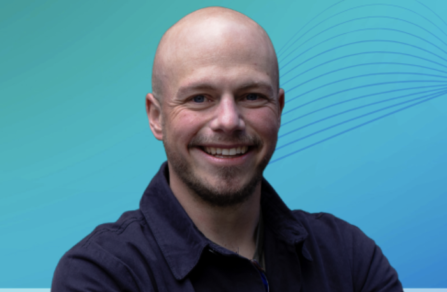